Mayor Tory and Councillor Crawford announced the expansion of the Neighbourhood Community Officer program, as well as investments to ensure 200 new officers will be welcomed to the Toronto Police Service. This includes:

Beyond these 200 new officers, budget investments will ensure the Toronto Police can add 90 special constables to support frontline delivery and 20 additional 9-1-1 operators to improve 9-1-1 service and response times.

Mayor Tory also announced that the budget will include an additional $2 million for youth and families, allocated to anti-violence programming to address the roots of violence and build on existing programming to support youth supports including employment.

As part of the announcement, Mayor Tory confirmed that this budget continues to make investments in the Toronto Community Crisis Service – the landmark pilot launched last year that provides non-police responses to persons in crisis. Additionally, he once again called on other levels of government to substantially increase investments in the healthcare system for mental health services and for people struggling with addiction and substance use issues, which would greatly improve community safety in the long-run by addressing the root causes of many safety issues.

Mayor Tory said “There is no issue that concerns me more than community safety. We have to combat the crime and violence we have seen. I want a safe city for every resident, everywhere in Toronto, at all times. These budget investments will help our police in the work they do, support youth and families, and, most importantly to me as Mayor, will help keep people safe. As I heard throughout the election, this is exactly what Torontonians expect of their City Council.”

Budget Committee Chair Crawford expressed his support for the investments and the 2023 budget’s focus on protecting services saying “The investments we’re announcing today into Toronto police and community safety are the responsible thing to do for a growing city. This month we will be rolling out a budget that protects frontline services while meeting a challenging year without making the affordability crisis worse for Torontonians.”

Today’s announcement represents a 4.3% increase, or $48.3 million increase, to the Police budget, over the 2022 approved budget, including COVID-related costs, to account for community safety and operational needs as well as inflation and labour, bringing the total for the police budget to just over $1.1 billion. These proposed investments go to the Toronto Police Services Board for consideration and approval next week.

The investments announced today are just one pillar of the 2023 budget which is focused on protecting frontline services, addressing resident concerns, and ensuring life stays affordable in a challenging year while continuing to find savings and efficiencies where possible.

For more information on the 2023 budget process, please see here. 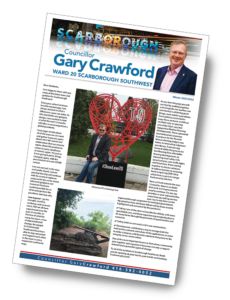